Best Online Business Ideas: How Did They Come to Life? 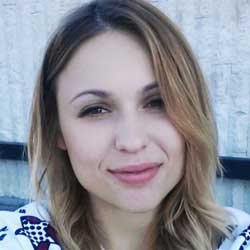 Successful ideas can be hard to come by in a world that has become so heavily saturated with innovative and creative businesses. The newest trend when starting a business is to create a company which operates purely online. Physical and tangible stores feel like a thing of the past.

Look at Blockbuster for example – they have been made extinct by online streaming services. However, competition is higher than ever in the online world.

So just how did the likes of Uber, Airbnb and ASOS come up with some of the best online business ideas?

Uber is one of the top online businesses based on matching cab drivers with riders in large cities using a mobile phone app. The company was founded in 2009 and last year was estimated to be worth $68 Billion, as well as now operating in 553 cities worldwide.

This is an example of an online business opportunity becoming extremely successful, extremely quickly.

Uber recognised a demand in the market for improved communication between cab drivers and riders as well as a need to make the whole process much simpler. They devised an app requiring just one tap to request an Uber Driver to the user’s current location.

The idea is simple - but the ability of the app to tell the driver exactly where the rider is, for the rider to track their driver and to easily contact them, solved the current problems with cab companies in one piece of software. The simplicity of the technology made Uber accessible to all and perhaps the most important part of the app is the ability to pay without needing the exaxt amount of cash; instead by using a pre-registered card.

Uber relied on its quality service provision as their customers became advocates for the brand as a result of their satisfaction. The marketing strategy employed by Uber fuelled this further by promoting existing users to get their friends to sign up, in order for both of them to receive a discount off their next taxi ride. This technique allowed the expansion of Uber to other states and eventually countries, with cab drivers in these new areas already having heard of the brand and anticipating signing up.
Success in the USA was unprecedented, with the company now having secured 87% of market share in the US taxi service industry, in just 6 years.

The marketing strategy of accommodation marketplace, Airbnb was similar to Uber in that the company offered financial rewards for referrals. This again helped the company to spread in popularity and since 2008 when it was founded has become worth an estimated $30 Billion.

The key behind this success story seems to be persistence; the founders were rejected several times and could barely afford to live, but they never gave up with their idea. The idea behind the success is a marketplace website used by individuals who want to rent out a spare bed, room or property.

The genius behind this idea was in the design of the website, which makes accommodation look extremely attractive through high-quality photography whilst being simple to use. The physical service of lending out a room is not provided by the company but by the hosts who make an agreement with travellers. Once this has occurred, Airbnb charge commission to hosts of 3% for each booking and travellers 6-12%. This allows Airbnb to receive money without having to worry about the cost of the accommodation itself.

Using a website as a means of service exchange is low in cost which allows Airbnb to generate a huge amount of profit, used to reinvest into marketing and technical development. The company has grown continuously over the last decade and is now operating in over 191 countries with over 60 million guests in total making it one of the top online businesses.

ASOS was founded in 1999 when two entrepreneurs came up with the idea of starting an internet business where people could find clothes or accessories that they had seen celebrities wearing. In recent years, the company has become one of the biggest online fashion retailers in the world, turning over a gross profit of £728.5 million last year alone! The question is - how has ASOS become one of the top online businesses?

The critical success factor for ASOS was the social movement from high street to online, making the company always accessible to consumers in a market estimated to be worth £12.8 billion in 2016. The company has focused on consistent growth throughout the last 15 years, expanding to over 140 countries but remaining modern and up-to-date within the UK market.

The ASOS mobile app enables consumers to shop on the go and they have consistently upgraded and developed it to fit the needs of their customers. This includes catwalk videos, the ability to save products for viewing later, and 360-degree views of garments; with all elements being as user-friendly as on desktops. This is crucial because as many as 41% of consumers who have made a purchase on their smartphone bought clothing, making this the most purchased category.

Perhaps the most important part of ASOS’s business strategy was the creation of a community which shared its love for fashion through the website’s ‘fashion finder’ and ‘marketplace’. This was also made possible by the sharing of content using social media which was an online business opportunity that ASOS exploited, gaining over 1 million twitter followers and 4.5 million Facebook likes. The use of competitions within these social dimensions allowed customers to get involved and share fashion tips, as well as being an extremely effective marketing tool for ASOS.


What do they all have in common?

The key determinant for all successful business ideas, however, appears to be timing. For example, ASOS was established at a time when the high street was in decline and e-commerce was growing rapidly; Uber would not have been successful if it weren’t for advancements in mobile application technology which allowed the use of location and e-card payments to be their USP; and Airbnb took advantage of customers looking for budget accommodation during the economic downturn.

Any genuine business idea could be successful if it matches demand within the market; it’s about being in the right place at the right time and correctly analysing the environment surrounding and affecting the business idea.


How can you apply this yourself?

How to Win in Cookieless World as an eCommerce Owner

Third-party cookies are going away - do you know deal with that? If not, keep reading to see how to lessen the impact of Google’s latest changes

10 Ways to Use Video in eCommerce Marketing

Did you know that there are several types of videos you can use to boost your eCommerce sales? Let's expllore them together!

Are you missing out on revenue because you're losing website visitors? Keep them on your site by sparking interest with these ultra-efficient marketing hooks!

Tina works in the customer support team at Kualo. She loves helping customers make the most of their web site and knows web applications inside and out.